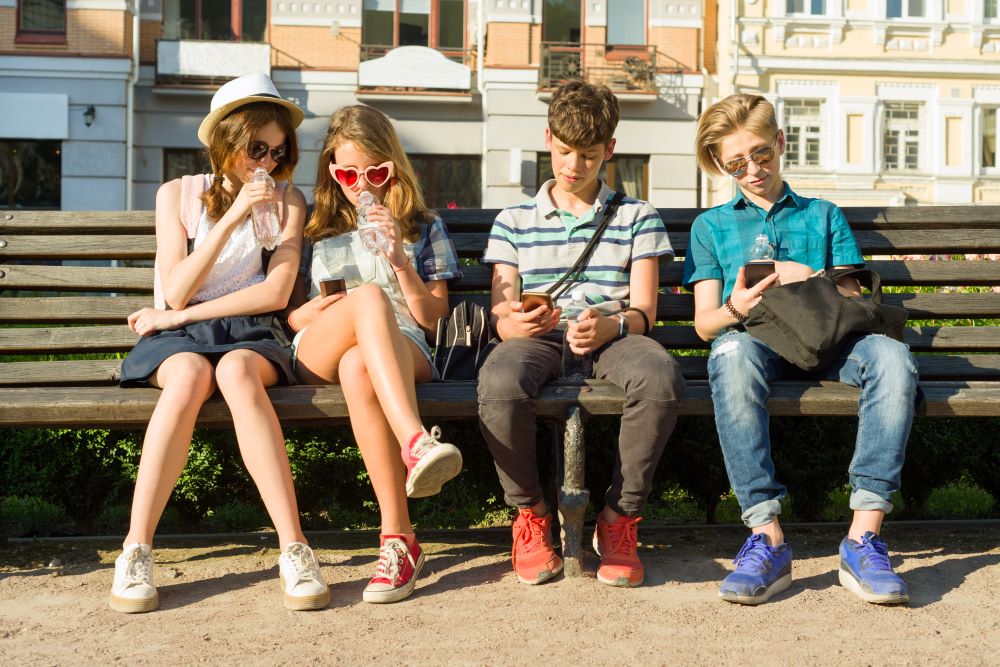 Adolescence is the period of transition between childhood and adulthood. It includes some big changes—to the body, and to the way a young person relates to the world.

The many physical, sexual, cognitive, social, and emotional changes that happen during this time can bring anticipation and anxiety for both children and their families. Understanding what to expect at different stages can promote healthy development throughout adolescence and into early  adulthood.

During this stage, children often start to grow more quickly. They also begin notice other body changes, including hair growth under the arms and near the genitals, breast development in females and enlargement of the testicles in males. They usually start a year or two earlier in girls than boys, and it can be normal for some changes to start as early as age 8 for females and age 9 for males. Many girls may start their period at around age 12, on average 2-3 years after the onset of breast development.

These body changes can inspire curiosity and anxiety in some―especially if they do not know what to expect or what is normal. Some children may also question their gender identity at this time, and the onset of puberty can be a difficult time for transgender children.

Early adolescents have concrete, black-and-white thinking. Things are either right or wrong, great or terrible, without much room in between. It is normal at this stage for young people to center their thinking on themselves (called “egocentrism”). As part of this, preteens and early teens are often self-conscious about their appearance and feel as though they are always being judged by their peers.

Pre-teens feel an increased need for privacy. They may start to explore ways of being independent from their family. In this process, they may push boundaries and may react strongly if parents or guardians reinforce limits.

Physical changes from puberty continue during middle adolescence. Most males will have started their growth spurt, and puberty-related changes continue. They may have some voice cracking, for example, as their voices lower. Some develop acne. Physical changes may be nearly complete for females, and most girls now have regular periods.

Many middle adolescents have more arguments with their parents as they struggle for more independence. They may spend less time with family and more time with friends. They are very concerned about their appearance, and peer pressure may peak at this age.

The brain continues to change and mature in this stage, but there are still many differences in how a normal middle adolescent thinks compared to an adult. Much of this is because the frontal lobes are the last areas of the brain to mature―development is not complete until a person is well into their 20s! The frontal lobes play a big role in coordinating complex decision making, impulse control, and being able to consider multiple options and consequences. Middle adolescents are more able to think abstractly and consider “the big picture,” but they still may lack the ability to apply it in the moment. For example, in certain situations, kids in middle adolescence may find themselves thinking things like:

“I’m doing well enough in math and I really want to see this movie… one night of skipping studying won’t matter.”

Do I really have to wear a condom during sex if my girlfriend takes the pill?”

“Marijuana is legal now, so it can’t be that bad.”

While they may be able to walk through the logic of avoiding risks outside of these situations, strong emotions often continue to drive their decisions when impulses come into play.

Late adolescents generally have completed physical development and grown to their full adult height. They usually have more impulse control by now and may be better able to gauge risks and rewards accurately. In comparison to middle adolescents, youth in late adolescence might find themselves thinking:

“While I do love Paul Rudd movies, I need to study for my final.”

“I should wear a condom…even though my girlfriend is on birth control, that’s not 100% in preventing pregnancy.”

“Even though marijuana is legal, I’m worried about how it might affect my mood and work/school performance.”

Teens entering early adulthood have a stronger sense of their own individuality now and can identify their own values. They may become more focused on the future and base decisions on their hopes and ideals. Friendships and romantic relationships become more stable. They become more emotionally and physically separated from their family. However, many reestablish an “adult” relationship with their parents, considering them more an equal from whom to ask advice and discuss mature topics with, rather than an authority figure.

Parents: How To Help Your Children Navigate Adolescence

Children and their parents often struggle with changing dynamics of family relationships during adolescence. But parents are still a critical support throughout this time.

Here are some things you can do:

Help your child anticipate changes in his or her body. Learn about puberty and explain what’s ahead. Reassure them that physical changes and emerging sexuality is part of normal, healthy development. Leave room for questions and allow children to ask them at their own pace. Talk to your pediatrician when needed!

Start early conversations about other important topics. Maintain open communication  about healthy relationships, sex, sexuality, consent, and safety (such as how to prevent sexually transmitted infection and pregnancy, and substance use. Starting these conversations during early adolescence will help build a good framework for discussions later.

Be supportive and set clear limits with high (but reasonable) expectations. Communicate clear, reasonable expectations for curfews, school engagement, media use, and behavior, for example. At the same time, gradually expanding opportunities for more independence over time as your child takes on responsibility. Youth with parents that aim for this balance have been shown to have lower rates of depression and drug use.

Discuss risky behaviors (such as sexual activity and substance use) and their consequences. Be sure to set a positive example yourself. This can help teens consider or rehearse decision-making ahead of time and prepare for when situations arise.

Honor independence and individuality. This is all part of moving into early adulthood. Always remind your child you are there to help when needed.
The adolescent years can feel like riding a roller coaster. By maintaining positive and respectful parent-child relationships during this period, your family can (try to) enjoy the ride! 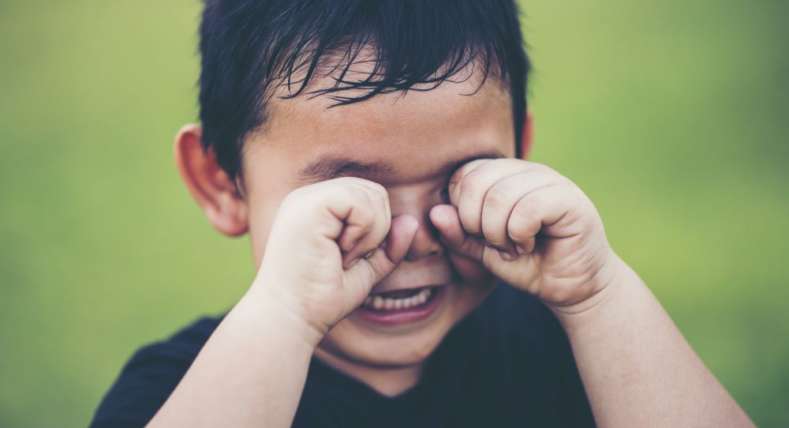 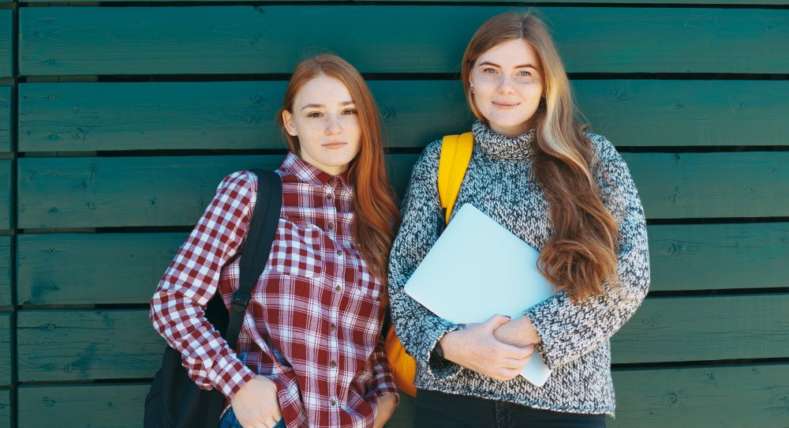 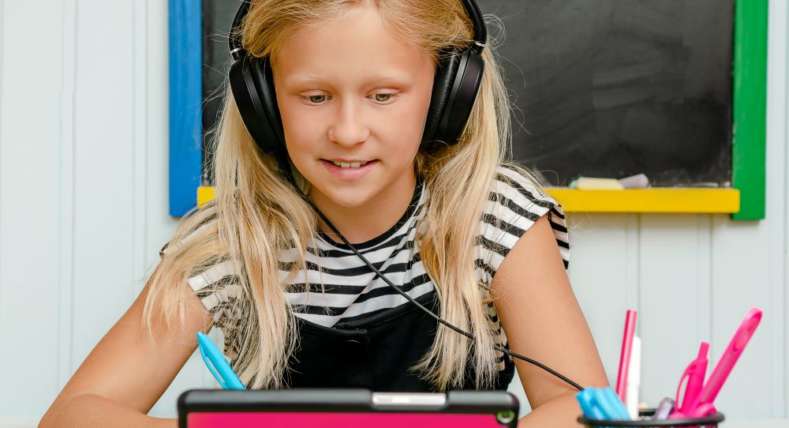 Ana Olivero, MD and OFFICITE expressly disclaims all warranties and responsibilities of any kind, whether express or implied, for the accuracy or reliability of the content of any information contained in this Web Site, and for the suitability, results, effectiveness or fitness for any particular purpose of the services, procedures, advice or treatments referred to herein, such content and suitability, etc., being the sole responsibility of parties other than Ana Olivero, MD and OFFICITE, and the reliance upon or use of same by you is at your own independent discretion and risk.